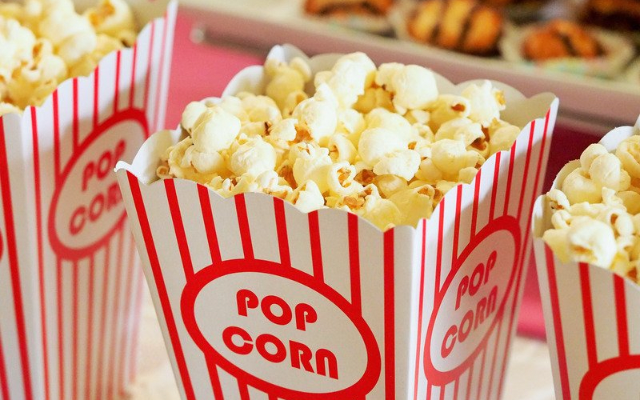 This isn’t me taking up for the Lane Train’s history of fail-ups and hang ups. I’m not standing up for him as a person, or his professional or personal life. I don’t know him, I’ve never met him, and probably never will. I can appreciate his self-awareness as of late, and can appreciate his commitment to throwing the football 60 times a game, but I would not call myself a Lane-iac.

But we’re making wayyyy too big a deal of the popcorn quote.

In case you missed it, in a CBS interview before Saturday’s game against Alabama, Ole Miss head coach Lane Kiffin told reporter Jamie Erdahl (and the national TV audience) to “get your popcorn ready,” then flipped the headset he was wearing off before walking off.

The quote is paraphrasing Hall of Fame NFL receiver Terrell Owens who used to tell anyone who would listen to “Get ya popcorn ready, it’s gonna be a show,” any time he played. And often, it was. In fact, one time after scoring a touchdown, Owens grabbed a box of popcorn and dumped it on his own face in celebration.

This phrase is one that has been used as often as any quote from Anchorman since, at least in the circles I ran in. Heck, I’ve used it. What it translates to is roughly one of two things:

1: “I’m feeling very good, and I think I’m going to put on a show in today’s game, contest, performance, or event and win,” or:

2.) Less confidently, “Not sure how this is going to end, but I can promise we’re going out like Rocky in Rocky I.” We may not win, but we’re throwing everything we’ve got at it, let the chips fall where they may, and you’ll remember the effort.

(In auto racing circles, this is known as the “Bring back the trophy or the steering wheel” mentality. More later.)

Given Kiffin’s history of bravado (such as throwing his hands up when a pass is in mid-air knowing it’s going to be a touchdown) arrogance (calling out Steve Spurrier for cheating—when he wasn’t) and Jerry Glanville-esquire escapades (getting left on the tarmac after being fired from USC) combined, most people assumed that he meant the former.

You have to look past all that though, and focus on the man’s body language and particularly his eyes, and see he meant the latter.

The interview—which only lasted a question because Kiffin cut it short—consisted of Erdahl asking Kiffin about his list of things that annoys Alabama head coach Nick Saban.

You can tell Kiffin doesn’t want to go there, and so makes the comment, “Well, I hope we don’t run out of pages,” and kind of laughs it off.

You can tell by the man’s body language that the question was not what he wanted while focusing on the biggest game of the year, and so trying to control the situation, ends the interview early, and makes the “popcorn” comment before bat-flipping the CBS headset.

The popcorn bit was a throwaway line. It wasn’t a statement of arrogance, or anything like that. It was the second version of the line. He wasn’t sure how it was going to go, he knew the stakes and the opponent, and knew his team was in the lion’s den. He couldn’t—and honestly, at this point in his career—wouldn’t make a bold statement guaranteeing a victory.

His body language when he makes the statement and the inflection in his voice wasn’t “WE ARE GOING TO DESTROY ALABAMA BY FOUR TOUCHDOWNS,” it was “We’re about to go dump the kitchen sink out in this deal, and I have no idea if we’ll win it, but we’re going to put on a show trying.”

And they did, honestly. Going for it on fourth down as much as they did, it was unexpected and memorable.

Did it work? Absolutely not. But this wasn’t bulletin board material. This was just like if The Message Pitch had to take on (Insert Your College Here)’s Intramural All-Stars; we cannot promise you we’d win…but we’d give it everything we have and be memorable in the process.

And of course, the poor guy got annihilated on social media for it. And the mascot dressed up like popcorn. And now he’ll probably be reminded of that every time they play, because honestly, the Alabama faithful have no mountain left to climb.

They’ve beaten everyone under the sun, and only really have national championship games to look forward to. So, like Michael Jordan in “The Last Dance,” they have to create motivation to continue to dominate. It’s what competitors do. It’s what the media does to give you reason to tune in.

But this? This was a guy trying to get out of an uncomfortable situation. He’s simply saying “Hey man, I can’t promise a dub, but I can promise we’re going to be interesting.”

His history, however, leads people to think it’s more “Lane being Lane,” and then getting knocked down a peg.

I don’t think so, though. I think he’s done a good job at Ole Miss, has learned a lot since the days of trying a 76-yard-field-goal, and maybe isn’t the insufferable jerk he once was. You can roast him for plenty of shortcomings, but Saturday wasn’t it.

Give it another watch, and watch and listen closely, and you’ll see it.

One thought on “A Few Words in Defense of Lane Kiffin”

The Latest from the Guys